Becoming a physician is a daunting process, and after a student completes her undergraduate, medical school, and graduate medical education, she must still obtain a license to practice medicine in the state where she plans to practice. Earlier this year, the Federation of State Medical Boards set forth a new policy to begin exploration of an “interstate compact,” which would increase the ease and efficiency of licensing physicians in multiple states. The Federation of State Medical Boards and the American Medical Association assert that physician licensure is properly delegated to states because they are better able to regulate physicians and ensure patient protection than the federal government. However, with a continuing increase in the practice of medicine between states, the process of licensure by individual states would benefit from streamlining. Although some physicians may have cause for concern at the prospect of increased competition as a result of such an […]

Through medical boards and legal systems, states determine what the scope of practice should look like for healthcare providers. These regulations affect a large number of healthcare providers, from dentists to doctors to chiropractors. Last week the State Medical Societies, Kentucky Medical Association, and Litigation Center of the American Medical Association filed an amicus brief in Kentucky. This brief supports a state circuit court’s decision to affirm the right of physicians to provide expert review of medical records that include chiropractic treatment in insurance litigation. The Kentucky Board of Chiropractic Examiners, backed by the state, asserted that review of chiropractic records by physicians violated state law prohibiting non-chiropractors from reviewing chiropractic patient care. The amicus brief argues that this position is an overreach of the current Kentucky law, and it infringes on the ability of physicians to provide expert services in litigation. This matter is currently before the Kentucky Court […]

The current industry standards call for doctors to separate their personal and professional identities online, which many doctors find difficult, if not impossible. This separation between personal and professional online identity was first recommended by the American Medical Association in 2010. In April 2013, the American College of Physicians and the Federation of State Medical Boards followed suit, recommending that doctors proceed with caution when blogging and posting personal information on social media sites, stating such activity could “blur professional and personal boundaries,” and impact the reputation of the profession. Advocates against these industry standards expressed their frustration in The Journal of the American Medical Association. Doctors Matthew DeCamp, Thomas W. Koenig, and Margaret S. Chisolm, argue that it is “operationally impossible” to separate one’s personal and profession identity online. Additionally, they argue, allowing patients to have insight into doctors’ personal lives can establish rapport, build trust, and increase empathy. […] 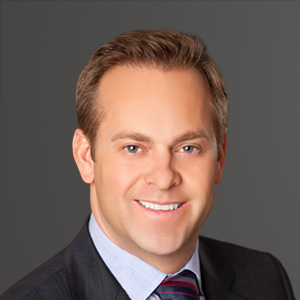