In 1974, Congress enacted the Equal Credit Opportunity Act (“ECOA”) in an effort to “eradicate credit discrimination waged against women, especially married women whom creditors traditionally refused to consider for individual credit.” Mays v. Buckeye Rural Elec. Coop., 277 F.3d 873, 876 (6th Cir. 2002).  The ECOA’s implementing regulation is known as “Regulation B,” and it aims “‘to promote the availability of credit to all creditworthy applicants without regard to … sex [or] marital status [and other factors] … [and] prohibits creditor practices that discriminate on the basis of any of these factors.'” RL BB Acquisition, LLC v. Bridgemill Commons Dev. Grp., LLC, 754 F.3d 380 (6th Cir. 2014)(quoting, 12 C.F.R. § 1002.1(b)).  Violations of the ECOA and/or Regulation B may result in damages against the offending creditor including actual damages, punitive damages, and attorneys’ fees, but only “applicants” can sue for these violations.

The problem arises when looking at the definition of “applicant” since ECOA and Regulation B could be construed to be different from one another.  The ECOA’s protections and remedies apply to “applicants” for credit, which is defined as “any person who applies to a creditor directly for an extension, renewal, or continuation of credit, or applies to a creditor indirectly by use of an existing credit plan for an amount exceeding a previously established credit limit.” 15 U.S.C. § 1691a(b).  Nowhere in this definition does the term “guarantor” appear, however Regulation B does include it for the enforcement of the spousal-guarantor rule.   See 12 C.F.R. § 202.2(e) and 12 C.F.R. § 1002.2(e).  This has caused uncertainty and confusion among the courts, with some stating that because the ECOA does not include “guarantors” in its definition, the spousal-guarantor defense does not apply, while other courts hold that Regulation B and the ECOA must be construed together.

Until Bridgemill, the 6th Circuit had not yet ruled on this issue leaving lenders and borrowers within its jurisdiction no clear direction on how to resolve this problem.  The 6th Circuit has resolved the issue holding that the ECOA, in conjunction with Regulation B, does include “guarantors”, which in turn results in the ability of spousal-guarantors to assert an affirmative defense of recoupment against lenders in actions to recover under the guaranties given by spouses to secure repayment of moneys loaned.  See, Bridgemill, 754 F.3d at 386-388.  Simply holding that spousal-guarantors can raise an affirmative defense does not equate to an absolute ruling in their favor.  The spousal-guarantor must still establish that the lender’s actions violated the ECOA.

The Bridgemill Court next turned to how the merits of such an affirmative defense/violation of ECOA claim should be determined.  While discrimination claims typically require the claimant to prove discrimination, which then results in a “burden-shifting framework” set out in McDonnell Douglas Corp. v. Green, 411 U.S. 792, 93 S.Ct. 1817, 36 L.Ed.2d 668 (1973), here the Court scrapped such an approach relying on Regulation B’s express language that no proof or inclusion of discrimination is required since it generally prohibits “‘requir[ing]’ the guaranty of a spouse as a general matter, regardless of whether the creditor’s motivation is benign or invidious.” Bridgemill, 754 F.3d at 389 (citing 12 C.F.R. § 202.7(d)(1), (5), 12 C.F.R. § 1002.7(d)(1), (5)).  As a result, in order to prove a violation, a spousal-guarantor “need only prove that [his/her] spouse applied for credit, and either the creditor ‘require[d] the signature of [the] applicant’s spouse’ if the applicant was individually creditworthy … or the creditor ‘require[d] that the spouse be the additional party’ when it determined that the applicant was not independently creditworthy and would need the support of an additional party.” Id. (citations omitted).

Facially, it appears that a lender may simply be out of luck once the spousal-guarantor establishes any of the foregoing but such is not the case.  Lenders still have the ability to show that one of the exceptions to this rule applies but they bear the burden of proving it.  These exceptions include unsecured loans where reliance on creditworthiness of the applicant is based upon joint ownership with the spouse of property, secured loans where a spouse is necessary to permit a lien upon property (and subsequent enforcement), or, in the case of a corporation or other corporate entity, where one of the officers, shareholders/owners, is necessary to any extension of credit.  It should be noted that in any of the foregoing a lender cannot require a spouse to be a guarantor or co-maker, but instead, can only request it.

The impact of Bridgemill cannot be understated.  It resolves a crucial issue in the 6th Circuit, which heretofore was murky.  Lenders are now on notice that they may be subject to claims and affirmative defenses by spousal-guarantors when a loan goes bad, and would be well advised to revisit and revise their lending policies to ensure compliance with the ECOA and Regulation B.  With respect to lending policies, gone are the days “when the two shall become one.”  Generally speaking, married loan applicants stand alone for determining creditworthiness, and lenders should thoroughly weigh the pros and cons of extending credit in such situations.

Contact us for more information or to set up a review of lending procedures to ensure compliance with the ECOA and Regulation B.

For more information about this topic or any others, please contact Ronn Steen.  He can be reached at (615) 465-6010 or by email at [email protected] 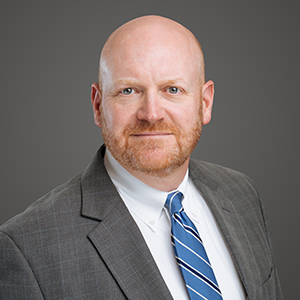 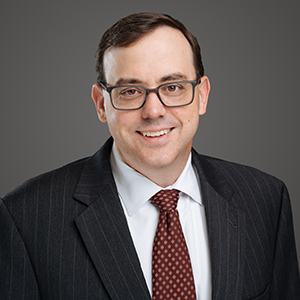 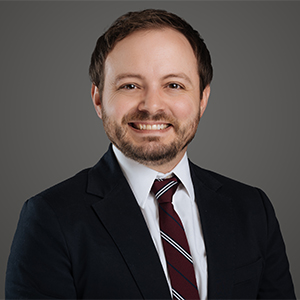