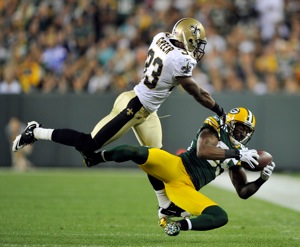 Kevin Thompson and Walt Burton recently traveled to New Orleans to visit Super Bowl champion and all-around stellar athlete and man, Jabari Greer.  Kevin and Jabari first met as teammates on the University of Tennessee football team in 2000.  This relationship continued on the track team, where Kevin was a decathlete and Jabari was a sprinter and hurdler.

During our visit with Jabari for this episode of Creative Competitors, we explore many of the character traits that have contributed to Jabari’s success on and off the field.

Jabari is most well known for his stellar NFL career, but he also had a phenomenal collegiate career.  Below is just a snapshot: 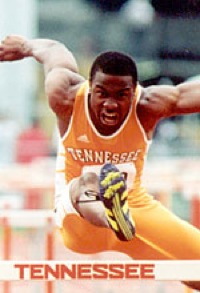 As you can see, success follows Jabari Greer. Whether he’s winning national championships as a hurdler for Tennessee or winning the Super Bowl with the Saints, the man knows how to win.

It’s easy for someone to point to an athlete like Jabari and say, “He’s just talented.”   Talent is certainly a part of the equation, but there’s a lot more to extraordinarily successful people than just talent.  It takes positive habits, mental fortitude, and determination to take natural God given talent and achieve excellence.

During this episode of Creative Competitors, we dive a little deeper with Jabari to reveal some of his insights about motivation, work ethic and the legacy he wants to leave.

While Jabari is a stellar athlete, there’s more to the man than just football.  Several years ago, Jabari founded the Greer Campaign, a non-profit organization aimed at empowering men to become better husbands and fathers.  Jabari considers this his long term mission, helping inspire men to become better men.  Jabari also regularly contributes to a column titled “Out of Bounds” published in the New Orleans Times-Picayune.