Thompson Burton is very proud of its participants in the firm’s first round of TB Challenges. Each of these individuals worked very hard to accomplish difficult goals, and whether they fully accomplished each goal or not, we are proud of their commitment to publicly challenge themselves and get out of their comfort zones. Congratulations!

Jennifer Lankford’s TB Challenge: compete in a Mud Run 5k and a 10k before September 28th.

Final Update from Jennifer: I completed my 5k on September 5th, and a 15K (3 miles longer than the actual goal!) later in September. It was challenging, but I loved it.

I used the TB Challenge money to go to Maine, where Brent (my husband) and I had an absolutely fabulous time. There was great lobster, beautiful leaves, and lots of hiking. Attached is a picture of the sunrise at Cadillac Mountain, where the sun is first seen in the U.S. during fall months.

A huge thank you to the TB Committee and to the firm for believing in me! I am extraordinarily grateful to work with attorneys who push and inspire me. I look forward to seeing all the great accomplishments the TB Challenge brings to my colleagues! 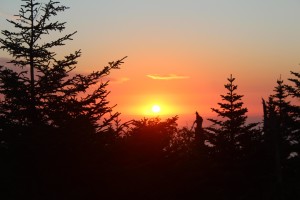 Final Update from Ronn: Despite my best efforts I was unsuccessful in eliminating tobacco.  Though I lasted a good portion, it was too much of a draw.  It is an insidious thing; boring down into your body chemistry.  Too many stresses resulted in, ultimately, me returning to tobacco usage.

Final Update from Phillip: I am sorry to report that I was not successful in completing the TB Challenge in the allotted time.  I attempted to become conversational in Chinese in eight weeks which I knew at the outset was a very aggressive goal.  While I have learned a number of words and phrases, I have not spent enough time on this project to be conversationally proficient.  I am fully committed to continue striving toward the goal, but I am going to allot more time for its completion.

One of the positive things I have learned from this experience, though, is the importance of prioritizing your time and sticking to those priorities.  I know that my priorities are my family, my faith, and my law practice.  Everything else must compete for the “leftover” time.  While I am disappointed that I was unable to complete my TB Challenge within the time, I am very proud that I have continued to emphasize those priorities to the exclusion of other things, including personal improvement goals.

Final Update from J.K.: My trainer, Joel Litton, is the one who planted the seed in my brain to sign up for the Spartan Race.  For the months leading up to the race, we focused my training on things we would encounter at the Spartan Race — I learned to love trail running, I did more burpees and kettle bell swings and other kettle bell exercises than I care to think about.  We also focused on pull-ups, rope climbs, carrying bucket filled with rocks, and my trainer even had a 110 pound concrete ball (“Atlas ball”) made and I did exercises with that.

The training paid off, as there were not many surprises on race day.  The Spartan Race was every bit as difficult as I thought it would, but it was also so much more fun that I thought it would be.  I was the most difficult physical activity I have undertaken and I actually enjoyed it. I am already planning on heading to San Diego with the same team of guys and doing another Spartan Race in late January.

Regarding the scuba diving, I spent a great deal of time on the online course and passed it. I signed up for a private instruction to complete all of my necessary dives over the course of one weekend at a rock quarry in Kentucky.  About an hour into the first dive, we reached the point where I had to clear my mask after being half filled with water.  I learned the technique to do this.  I couldn’t do it.  I tried over and over and just couldn’t.  Let the annals of history of reflect that it was on the first Saturday in September that I discovered a disability I have.  Apparently, I cannot blow water out of my nose under water.  I tried to do so repeatedly, and just couldn’t.  When I say I tried repeatedly, I don’t mean that I tried a few times and gave up.  I mean I tried to the point of exhaustion.  My instructor asked me if I wanted to take a break, and I told him that I wouldn’t take a break until I mastered this.  It was useless.

My instructor, picking up on the clear frustration I was exhibiting, suggested that we move on and do other aspects of the training, which I nailed.  Then it was time for another aspect of the training that required me to clear my mask.  Couldn’t do it.  I spent the better part of that Saturday attempting this, but I just couldn’t do it.  According to the instructor, on a typical dive, he has to do this exercise several times, so he could not certify me if I could not do this and there are three very specific aspects of the certification that require this skill.  I left the rock quarry that Saturday frustrated and perhaps especially motivated to crush the Spartan Race.  Once I discovered that I had a “disability”, I needed to kill the Spartan Race. 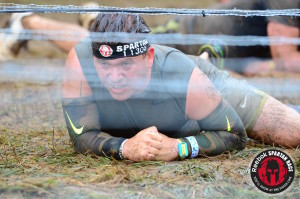