Thompson Burton PLLC has announced the addition of veteran health care and regulatory attorney Jerry W. Taylor as a partner.

According to a release published by the Nashville Post, Mr. Taylor will continue to focus his practice on health care and regulatory compliance. Most recently as a partner at Burr & Forman, he is the 23rd attorney to join Thompson Burton since its founding in 2012. 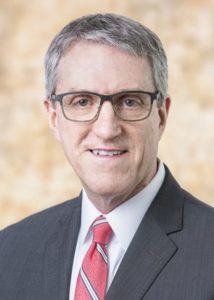 Taylor worked as a member at Farris Mathews Bobango from 2000 – 2012, served on the board of directors for the Nashville Health Care Council, and held a board position with the Tennessee Justice Center. Prior to his practice in the private sector, Taylor served in legal positions in State government, including the Tennessee Health Facilities Commission.

“Jerry provides a fresh start for our firm to get involved with the local health care sector,” Kevin Thompson, a Thompson Burton co-founding member with Walt Burton, said in the release. “We’re very confident that both Jerry and his outstanding clients will benefit from our results-oriented model.”