Thompson Burton’s labor and employment attorneys represent companies and individuals in resolving work-related disputes. We thoroughly understand all details of Tennessee labor laws as well as federal employment laws, including the Family Medical Leave Act, Equal Employment Opportunity Laws, and the Fair Labor Standards Act. We provide clients with litigation defense or avoidance, whether they are employees or business executives. Our attorneys also review employment contracts and other documentation to ensure business owners meet all legal requirements.

If you face discrimination from your employer, contact us. We are dedicated to defending Tennessee employees who experience wrongful treatment at work. Employee discrimination is illegal as stated by the U.S. Equal Employment Opportunity Commission, whether it is due to gender, race, religion, physical or mental disability, pregnancy, or age discrimination in the workplace. You are entitled to your employee rights, including the right against discrimination.

The Family Medical Leave Act protects covered employers and eligible employees who provide and receive family medical leave. Employees who qualify for the Family Medical Leave Act receive up to 12 weeks of unpaid time off with the continuation of group health benefits. Upon returning to work, individuals resume their job or begin an equivalent role. Violating these policies, whether as an employer refusing benefits or an employee wrongly obtaining leave, is illegal and will result in repercussions.

The Fair Labor Standards Act is in place to ensure that all employees receive correct pay. When employers fail to pay overtime compensation, wrongly classify individuals as exempt, or do not provide agreed-upon wages, they violate the Fair Labor Standards Act and can face lawsuits. If you believe you’re receiving unfair pay, our labor and employment attorneys will proudly represent you.

Our employment lawyers at Thompson Burton serve residents throughout the state of Tennessee. If you have any questions about your employee rights, state or federal employment laws, or need representation for litigation, don’t hesitate to contact our law firm. We have extensive experience in labor and employment law and are dedicated to serving our community.
Contact Us
Tweet
Share11
Share19
Pin
30 Shares

(1) Private employers are subject to the FMLA if the business employs 50 or more employees within 75 miles of the worksite for at least 20 workweeks in the current or preceding calendar year. (2) Employees (men and women) are eligible for FMLA if they have a “qualifying health condition,” which includes: Birth of a child or need to care for a newborn child Need to care for a family member with a serious health condition Employee’s own serious health condition Qualifying exigency arising out of active military duty of employee’s child, spouse, or parent (3)  When FMLA leave is complete, an employee has the right to return to either the same position or an equivalent position, i.e., a position with equal pay, benefits, and working conditions. (4)  FMLA covers incapacity for 3 or more consecutive days or a condition that requires periodic medical treatment over an extended period of time. […]

A non-exempt employee works over forty (40) hours in one workweek. For each hour over forty, you pay the employee time and one-half.  Have you met your obligation under the Fair Labor Standards Act? The answer will depend on whether you calculated the employees’ “regular rate of pay” correctly. Non-exempt employees are entitled to overtime pay for hours worked over 40 in a work week “at a rate of not less than one and one-half times the regular rate.” What many employers forget is that an employee’s “regular rate” includes “all remuneration for employment paid to, or on behalf of, the employee,” subject to a limited number of defined exclusions.  In other words, the “regular rate of pay” is not just the employee’s hourly rate, but also, includes certain additional payments that the employee received during the relevant time period. For instance, if an employee is paid $10.00 per hour […]

Let’s start off the New Year by avoiding litigation, shall we? A helpful resource to do so comes to you courtesy of the EEOC. Last year, the EEOC issued a resource document addressing leave as a reasonable accommodation under the ADA, entitled “Employer-Provided Leave and the Americans with Disabilities Act.”  New Year’s Resolution – employers and human resource professionals should print and read a copy of this resource in full. Although this document does not carry the weight of official EEOC guidance, you can bet your bottom dollar that Investigators of Charges of Discrimination filed against your company will be using it to assess liability. Below, I highlight key aspects from the resource essential to those owning and operating within a business: (1) Equal Access to Leave Under Employer’s Paid Leave Policies. Employer’s should treat requests for leave for a disability the same as they would any other request for […]

Extra, extra! Just when employers thought they had all of their ducks in a row to comply with the FLSA overtime changes and head out the door for Thanksgiving, a federal judge in Texas issued a game changer . . .  a temporary injunction stopping the implementation of the regulation changes to which employers were required to comply by December 1, 2016, i.e. one week from Thanksgiving. As a recap, in May of 2016, the DOL published new regulations that raised the minimum salary level needed to qualify for a white collar exemption from the overtime compensation requirements of the FLSA from $455 per week ($23,660 annually) to $913 per week ($47,476 annually). Over the summer and with an uncertain political climate, prudent employers took initial steps to analyze the effects of the change on their business and put plans of execution in place. Then, in September of 2016, two lawsuits were filed, one on […]

Employee Handbooks are critical to operating a business. They provide employees with valuable information on their rights and responsibilities and offer management a set of guidelines to follow to ensure that these rights and responsibilities are honored or satisfied. In my opinion, of equal importance are employee Job Descriptions. You will agree with me after hearing about the recent decision from the 4th Circuit Court of Appeals. In March of 2016,  4th Circuit Court ruled in Stephenson v. Pfizer, Inc. that the plaintiff, a former traveling pharmaceutical sales representative, was entitled to a trial to determine the validity of her claim of discrimination in violation of the Americans with Disabilities Act. The employer had moved for summary judgment on the grounds that the traveling sales representative, who was fired after she developed an eye condition that rendered her unable to drive, could no longer meet the travel requirements of her […] 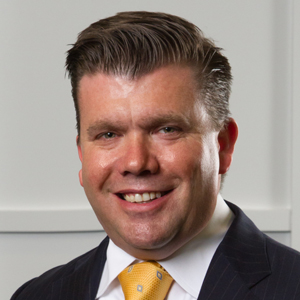 J.K. Simms is a Partner at Thompson Burton and leads the firm’s employment law practice. J.K.’s practice is devoted to serving his clients both from a litigation avoidance and litigation defense standpoint. J.K. has extensive experience representing companies and individuals at the state level throughout Tennessee and in every federal court district in the State of Tennessee.