In Tennessee, foreign state judgments are generally enforced pursuant to the Uniform Enforcement of Foreign Judgments Act, which requires a Tennessee court to give the foreign judgment the same effect that it would have in the jurisdiction in which it was rendered. The underlying principle is the full faith and credit requirements of the United States Constitution. However, in the international context, the same constitutional considerations are not applicable, and therefore, enforcing a foreign country judgment in Tennessee is often a more complex process.

Consider the situation in which a business in another country obtains a sizable money judgment from a court in that country. The judgment debtor owns significant assets in Tennessee, including real estate. The judgment creditor now wishes to enroll and enforce its judgment in Tennessee. For an international judgment to be recognized and binding in the United States, it must carry the force of some international agreement, such as a bilateral treaty or multilateral convention.  Unfortunately, the United States is not a party to any international agreements that govern the enforcement of foreign judgments.

In a majority (32) of states, a foreign judgment usually can be enforced pursuant to the Uniform Foreign-Country Money Judgments Recognition Act. Under this act, a state must recognize a foreign judgment so long as the judgment is final, conclusive, and enforceable in the country it was decided. Obviously, this makes sense in a globalized economy.

Unfortunately, Tennessee has not adopted the Uniform Foreign-Country Money Judgments Recognition Act. Accordingly, when an injured foreign party wishes to enforce a judgment in Tennessee, typically the foreign party must file a new lawsuit on the judgment. Tennessee courts will consider principles of comity to determine whether to recognize the foreign judgment.

Comity “is the recognition which one nation allows within its territory to the legislative, executive or judicial acts of another nation, having due regard both to international duty and convenience, and to the rights of its own citizens, or of other persons who are under the protection of its laws.” Hilton v. Guyot, 159 U.S. 113, 164 (1895).

The Tennessee Court of Appeals, in adopting portions of the Restatement of Conflict of Laws, explains Tennessee’s law of international comity, as follows:

[A] valid judgment rendered in a foreign nation after a fair trial in a contested proceeding will be recognized in the United States so far as the immediate parties and the underlying claim are concerned. While the subject matter and in personam jurisdiction of a foreign decree is generally presumed to exist, said decree is only entitled to such presumption upon an affirmative showing, by the party seeking enforcement, that said decree was so issued by a court of general jurisdiction. As our sister states have phrased the requirement best: “In order to be entitled to comity, the record must show the foreign judgment partook of the elements which would support it if it had been obtained in this state.” In short, common sense requires that for any court to recognize a foreign decree, the substance of that decree must be proven, or at least be open to such a plain and obvious interpretation as to be susceptible to judicial notice pursuant to the Rules of Evidence.

Ultimately, there are no requirements on a Tennessee court to validate a judgment outside the boundaries of the United States – our courts do not promise comity to the world. However, case law in Tennessee supports the notion that international judgments will be recognized when they meet certain basic requirements.

Should you have questions regarding enforcing a foreign judgment – whether from another state or another country – please contact the Thompson Burton PLLC business litigation and dispute resolution team.

Melissa has litigated a variety of actions in state and federal courts and in mediation and arbitration, including FINRA arbitration. She has represented clients with respect to a wide array of state, federal, and common law claims.

Cole is a commercial litigator who has extensive experience resolving business-related disputes involving a wide variety of legal issues. Cole’s practice includes handling trials and appeals in state and federal court, in addition to alternative dispute resolution forums, such as mediation and arbitration. 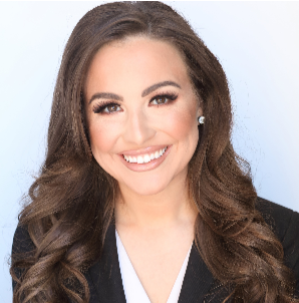 Sarah Ferraro is a former journalist who uses her storytelling skills to frame clients’ commercial disputes and set the stage for an efficient, favorable resolution.